“Believe it or not, the bus can’t swim…”

We have continued to worked on our Mac builds since the last alpha, and this alpha will be released as a universal binary. This means we do not need to quarantine, nor worry about the systems we needed in the past to get the game to work. OutFox is fully signed and notorised, so this means installation is convenient and easy moving forward; you do not need to worry about which build to grab, as both will function as expected. 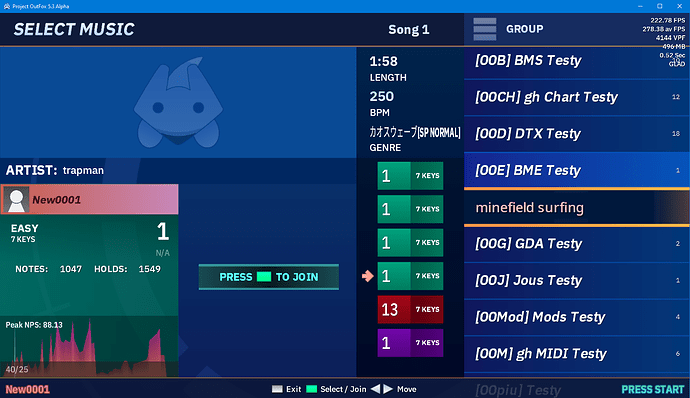 We have adjusted the way the game reads these files, and as a lot of the charts are seen as the same difficulty we would end up losing a lot of the information in them, and half of the charts would be missing and unplayable. We are in the process of improving this further for the new theming, so it will be better in time. 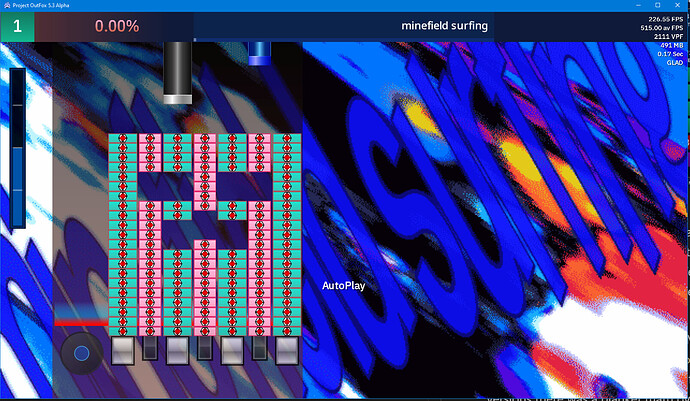 This month continues our work on BMS support, and we can happily announce we have proper Land Mine channel support in the game for the first time! In previous versions there was a blanket math overflow which meant that a lot of the channels were not being identified correctly, and thus flagging for extended channels were not being used. 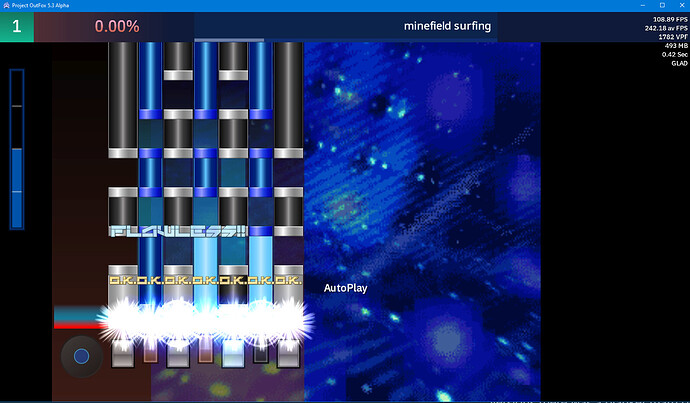 This month also sees some fixes with the Long Note support offered by the game, we did not seem to parse these correctly due to the flag sometimes being applied in the wrong manner, which meant some of the holds were not being applied in charts.

We have also restored #RANDOM support again this alpha, as it was still using a legacy codepath we did not clear up in 4.9.10, apologies for that! This alpha allows for the #RANDOM n where n is 1 onwards.

This alpha also included several behavioural changes in the way the files are parsed, allowing for the correct Base to be used in reading channels and allowing us to enable the missing hidden sounds as well as the missing channels that were inaccessible before.

Land Mine damage based on the channel value will be added next alpha, so we can add this final part to the game. 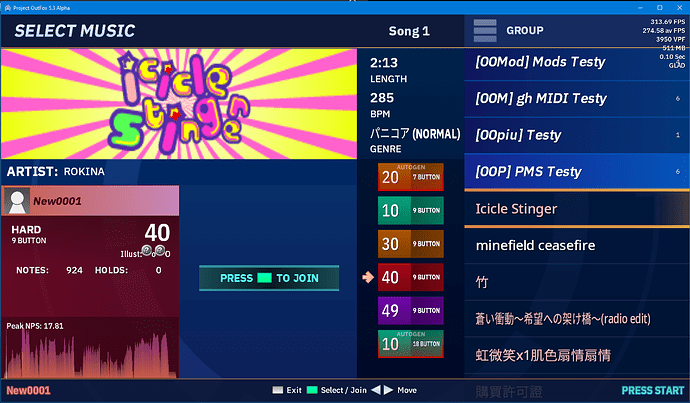 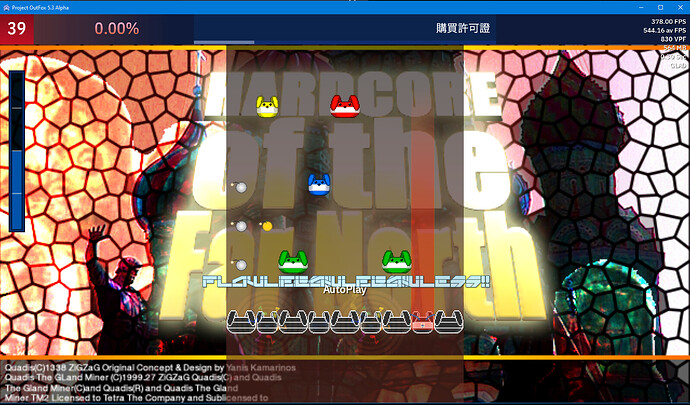 We have been able to adjust the channels used for po-mu to support Land Mines for the first time as well, and this also includes BME based po-mu files are properly supported as well in this alpha, though without locale emulation, they will not load in native Windows 10 at this time. A fix for this is coming soon. 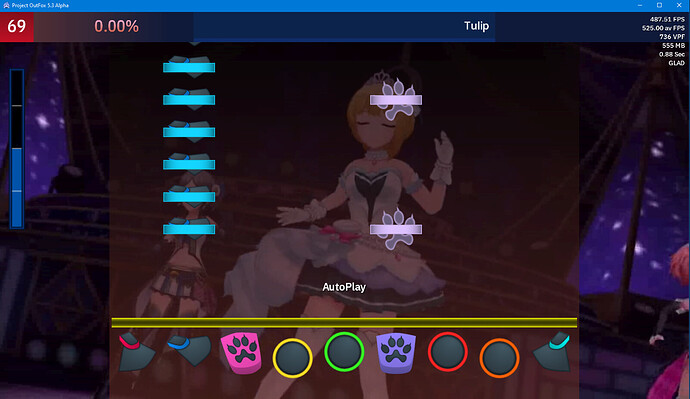 This mode has had some internal reworking due to recommendations from some of the DTXMania community (thanks APPROVED!) to ensure that we do a few things a little bit more to how players expect. One of the important features was the ability to change the lane setting from 10 to 9 lane, or 9 to 10 lane, depending on the e-drum kit you have.

We were already able to read and support multiple lanes in older alpha builds depending on the ‘dominant’ right hand lane, but now if the game does not spot it as the style you wish you can change this in the options menu. 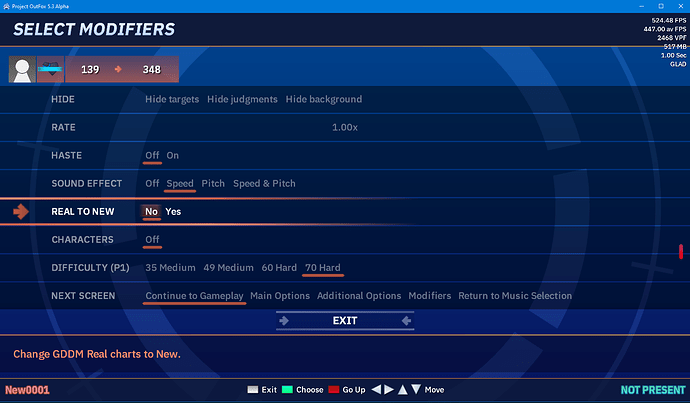 Real mode is 10 lane, and New mode is 9 lane. This gives you the flexibility to play the game how you wish moving forwards with the new theme and makes things less awkward if you do not have a 10 piece e-drum kit.

This alpha has also worked a bit more on the latency issues plaguing some users, we have tweaked the keysound flow a lot this build, so please give it a try and let us know if this has improved gameplay for this mode. 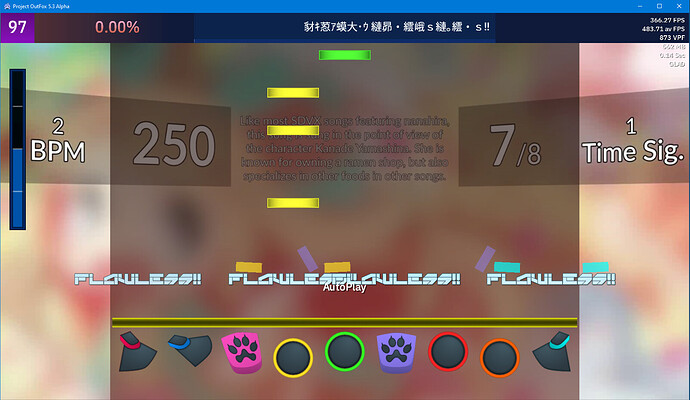 This build also has had work on the ‘Channel 02/BL’ support to remove the old BMS era restriction. This means any measure change/time signature change is now respected, and thanks to APPROVED to making this chart which was a literal BPM Change / Time Signature Change Spam Chart we were able to effectively fix this for good. This change is also reflected in the gdgf mode as well as the GDA parser. 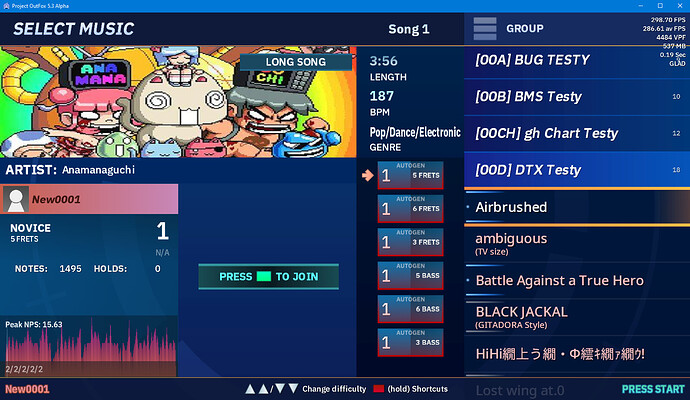 Before this alpha, all the game was able to use on this mode was Autogen based charts. Thanks to Squirrel and Jousway, the parser has been finally fixed and implemented to allow 3 fret and 5 fret guitar and bass charts to finally load natively in engine.

Thank you all for your patience while we worked on this, it was a slog to try to transpose the system to something our game recognises!

GDGF is based on a row system, and our internal mechanism is column based, and has been for some time, so ensuring this methodology is carried over was important. We still have a lot to do before simulation is better here, so please bear with us. We do NOT support the holds yet that were introduced in DTXMania AL, these will be done at a later date. 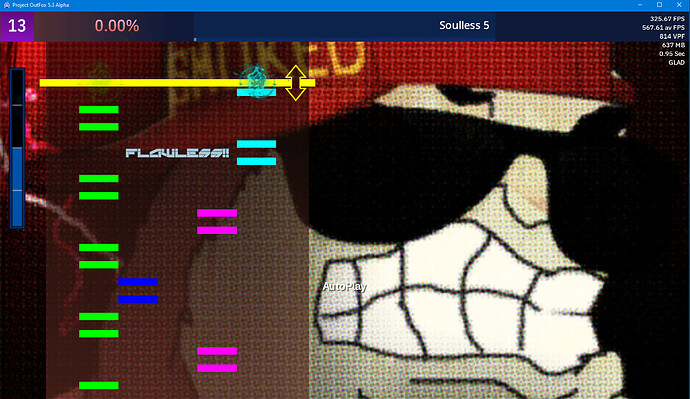 This mode also has had the 6 fret custom mode that we promised back in the spring, as we know a lot of folks wanted 6 fret availability in OutFox. We have chosen cyan as the sixth fret to follow the colour scheme of Yellow Pink Cyan from the original. 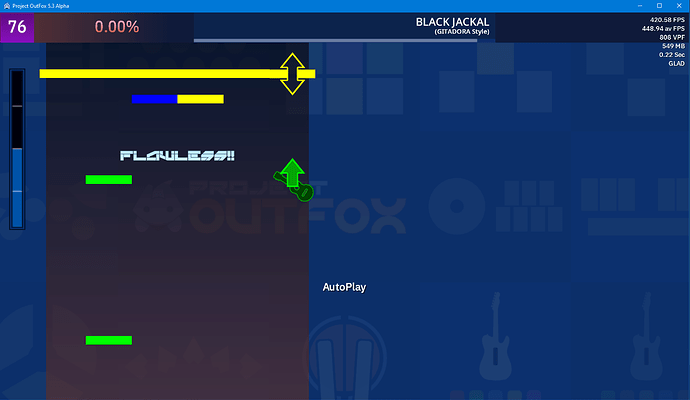 This mode also supports full up, down, and forward WAIL controls, as requested by members of the community. To map this you will need to ensure your controller has the options to allow for wailing, as many newer guitar controllers have special ‘button’ modes for wailing. We will add new controller pages to the wiki to help players set up their games in due course.

We have also begun a project to release a new proposal for a BMS-like BGF based parser for this mode which will include all 6 frets. Squirrel will be adding the information for this on the wiki for discussion and feedback is more than welcome!

Remember! The game styles have changed for GDGF in this alpha. We will update the OutFox Serenity pack to reflect this during October 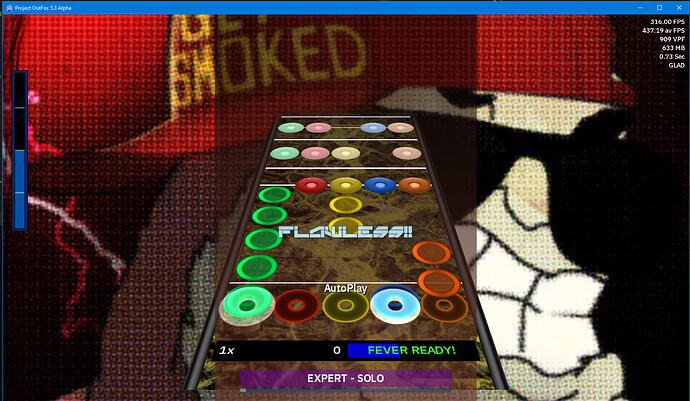 We have continued to work on the internal mechanics on this mode, so do forgive us while we fix things! This alpha sees new backplate (highway) support, (thanks Jous!) and new noteskin support within the engine. the measure lines and textures now behave as expected and thanks to those of you that requested these features.

The internal notefield and scrolling system has seen some updates as well as we move towards Alpha V.

This mode also saw some updates this month; the RNG system was given a revamp, the stageseed generation was also fixed, as well as better audio parsing. Thanks for all the reports of the odd edge cases with some of the odd ‘stuttering’ bits and pieces you sent in! this was due to an undesirable response in the sampler expecting a calculation from the ‘old’ resampler path that didn’t exist on the new resampler so we tweaked it to stop this.

There has been other engine adjustments, we discovered a few other weird bugs in how the buffer works due to the new Keysound code for BMS and po-mu and this has resolved a bug for dance modes.

We fixed the methodolody of the lifebars and the odd crashes with the styles and different play styles available to this mode. There were a lot of edge case crashes which we have fixed for now. In regards to styles, we WILL be fixing the ability to play different styles per player. It’s disabled for now to just prevent arcade cab crashes.